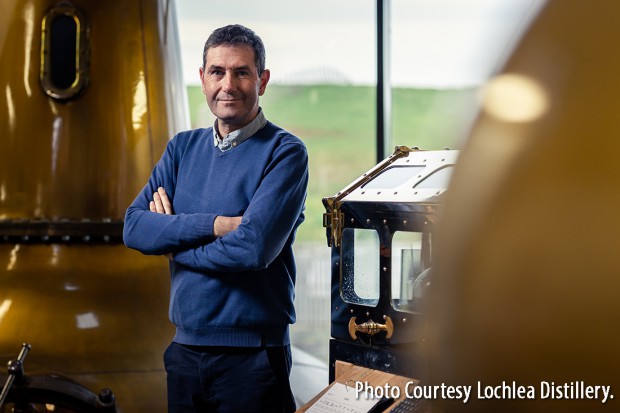 John Campbell shocked the Scotch Whisky world a couple of months ago when he disclosed his plans to leave Islay’s Laphroaig Distillery after 27 years, with the last 16 as distillery manager. At the time, he wouldn’t say what his future plans were…but now, he’s joined the young Lochlea Distillery as its production director and master blender. John’s very first interview after confirming the move was with WhiskyCast, and you’ll hear it on this week’s WhiskyCast In-Depth! In the news, Scotch Whisky distillers raised more than £2.5 million for organizations helping troubled Scottish youth with The Distillers: One of One auction Friday. We’ll have the details, along with news on supply chain shortages affecting the whisky industry, plans for a new visitors centre at Ireland’s Midleton Distillery, and a delay in expansion plans for another Irish distillery because of something a critic compared to “Rapunzel’s Castle.”