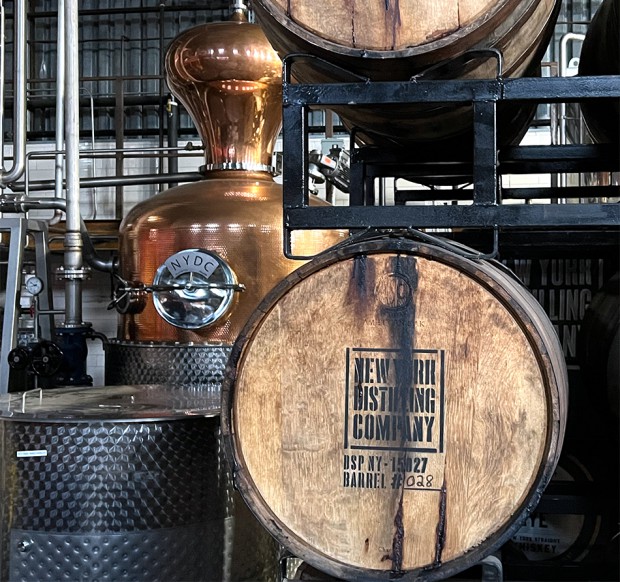 We’ll start the New Year off with an anniversary…the 1oth anniversary for the New York Distilling Co. in Brooklyn’s North Williamsburg neighborhood. Allen Katz and his partners opened their distillery in what was at the time a fairly run-down neighborhood, only to see gentrification take shape around them. As Allen discloses on WhiskyCast In-Depth for the first time, that’s forcing them to make plans to move to a new location in the very near future both to expand production and comply with the city’s pending changes to fire safety codes for distilleries. He’ll also explain why they decided to focus almost exclusively on making rye whiskies, including a special 10th anniversary single barrel edition of Ragtime Rye selected by legendary bartender Dale DeGroff. In the news, Europe’s tariffs on American whiskies are now officially suspended with the arrival of 2022, and U.S. distillers are jumping back into the European market. We’ll get an update on construction plans for Penderyn’s third distillery in Wales, and noted chef David Burke tells us about next week’s Beef and Bourbon Dinners at nine of his restaurants to raise money for Western Kentucky tornado victims.