$1 Million Donation to Build Whiskey “Dormitory” at University of Kentucky 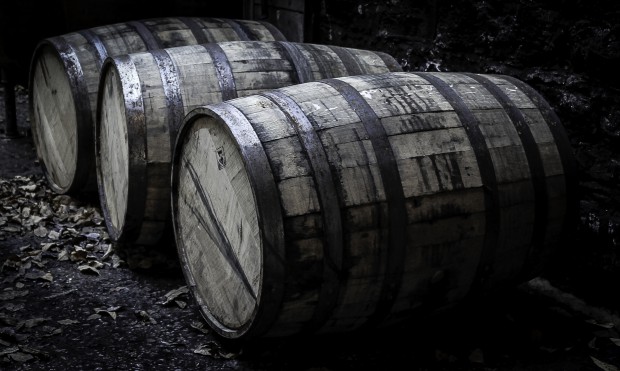 February 29, 2020 – The University of Kentucky’s main campus in Lexington will be getting a new 600-bed “dormitory,” of sorts. It’ll house undergraduate whisky barrels instead of students, though.

Construction will begin in the next few weeks on a new microdistillery and maturation warehouse as part of the UK College of Agriculture’s James B. Beam Institute for Kentucky Spirits. Independent Stave Company CEO Brad Boswell announced during the Institute’s first industry conference Thursday that his family will donate $1 million   to fund construction of the warehouse. It’ll be used to mature whiskey and other spirits distilled by students as part of their studies, along with testing new ideas in whisky maturation.

“Hopefully, we’ll have lots of good liquids going into barrels, different types of barrels for different amounts of time and see how they perform,” Boswell said during a news briefing at the conference. “We’ll have a common goal of making better and better Bourbons and whiskies that the public enjoys responsibly,” he said.

The Beam Institute was established last year with a $5 million endowment from Beam Suntory with a goal of creating degree programs for students seeking careers in distilling, along with funding scientific research. The Institute has already started work with colleagues at other universities and the U.S. Forest Service on a long-term project to map the genome of the American White Oak tree. That research will help determine the best ways to ensure the survival of the species, which is a critical element of the whisky-making process for distillers around the world.

“I’m so honored that the Boswell family felt comfortable with us to build that facility and make this the world-class facility that it can be,” UK professor and Beam Institute director Seth DeBolt said. “That is the final piece where (students) can engage in not only the distilling, the grains piece, and all the operations, but then take that into the maturation piece…that’s an amazing opportunity even though the aging period may extend beyond when they’re actually in the classroom, that will be something they can come back, visit, think about, and learn from,” he said in an interview following the announcement.

The warehouse will be named the “Independent Stave Company Boswell Family Barrel Warehouse,” with construction of the distillery and warehouse expected to take about 18 months. It will be the first distillery and maturation warehouse on a college campus in Kentucky, and one of the first in the nation.

DeBolt doesn’t see any potential issues with having hundreds of barrels of whiskey maturing in the middle of a thirsty college campus. He noted that it’s hard to move a 500-pound barrel of whiskey without being noticed, but allowed that there will be security measures in place at the dormitory, er, warehouse.