Behind the Label tells the back stories of whisky, with a special focus on history and the scientific aspects that are often overlooked. If you have a suggestion for something you’d like us to dig into for Behind the Label, please use our contact form and let us know about it!

If You Get Dill in a Rye, You’re in a Pickle! 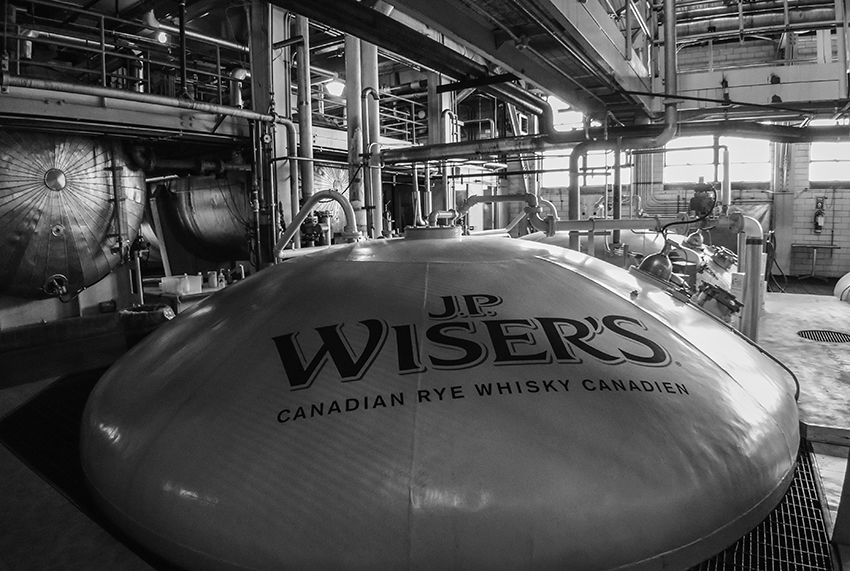 April 29, 2018 – If you’ve ever thought of pickles when you’re nosing or tasting a rye whiskey, you’re not alone. Rye whiskies can often have a dill-like aroma or taste, and it’s often thought of as a characteristic of ryes. It’s created during the fermentation process because of bacteria that’s carried over from a previous fermenting run – either deliberately or because the fermenter wasn’t cleaned properly after the previous run. The bacteria creates lactic acid – the same chemical that builds up in your muscles as you exercise and leaves your body feeling fatigued. In a whisky, that lactic acid contributes to the dill-like aroma or flavor.

Why would a distiller deliberately add bacteria to a new fermenting run as it’s starting? That’s part of the “sour mash” method of making whisky, in which the distiller will save some of the fermented beer or “wash” before it goes into the still and add it to the next batch of wort to be fermented. The nearly-depleted yeast and bacteria in the “backset’ help kick-start fermentation into action in the next batch, helping to make it more efficient in creating alcohol.

However, not all whisky makers see dill as a desirable note in their rye whiskies. Dr . Don Livermore of Corby’s Hiram Walker Distillery explained it to us…

Now, getting dill in a rye doesn’t necessarily mean it’s a fault. Dr. Livermore acknowledges that some people like that characteristic in their ryes, and there’s nothing wrong with that. After all, each one of us has our own individual preferences.